It might be who’s playing at Westerly’s Knickerbocker Cafe this weekend to the secret to steaming lobster to perfection or what makes R.I. politicians think they can get away with cheap crimes to why do Gaza and Israel keep on fighting each other?

My news career officially began in a crowded, dirty, noisy newsroom at The Westerly Sun, where I was the only, and first, full-time female reporter and editor.

It’s stretched over four decades since then, including being the first online editor at The Providence Journal.   Now,  I’m an adjunct at Boston University College of Communication, teaching multimedia storytelling.

I love the discourse with the students, who —  I like to think — need my experience and expertise,  while they keep me hopping with their questions and observations.

The seas of journalism are rough and high these days, making them tough to navigate, especially for young people who want to make it their career.

I hope that in some ways I can be their guide.

It might be who’s playing at Westerly’s Knickerbocker Cafe this weekend to the secret to stuffies or what makes R.I. politicians still think they can get away with cheap crimes?  Hey,  there’s a reason why the podcast Crimetown started in Providence.

I’ve been at this profession a long time, starting at my hometown newspaper, The Westerly Sun. I moved on to the big city of New York and Columbia University Graduate School of Journalism.   Worked in the NYC metro area for a few years, newspaper editing, teaching, freelancing and hanging out with smart, fun people.

Came back to Rhode Island in 1986 and stayed at The Providence Journal until June 2015. It’s been a great local news organization, trying its best to serve its community since 1829. And it’s given me the opportunity to do so, too, including being its first online editor and an early adopter of multimedia storytelling.

News in Rhode Island is the gift that keeps on giving. As the smallest state in the union, it’s a microcosm of some of the largest, most intriguing, whackiest stories you could find anywhere, from political corruption to natural and manmade disasters to a breeding ground for foodies, music lovers, sailors, reality TV stars and, did I mention, corrupt politicians.

We also discovered that you can pick just about any news story in the world, and there’s a Rhode Island connection.  We have a special tradition of supplying contestants, and winners, to TV reality shows. Mind boggling.

Over the decades, it’s given me priceless opportunities to practice the craft of journalism, to figure out how to tell stories in ever-evolving ways, uphold values and ethics, and just stay alive amid the crunch of competition and changing habits of news and info consumption.

Within the past two years, I’ve gone back to my roots even more deeply, by helping out at our family beef farm in Hopkinton, RI.  It’s a challenge updating traditional farming practices with the needs and wants of today’s consumer.  Finding ways to promote our goods is just as crucial as raising our cows at Russet Valley Farm.  and increasing relies on digital methods.

Much of this, I’m eager to share with the students of BU’s Comm College. I’m even more eager to learn from you. Let’s get started. 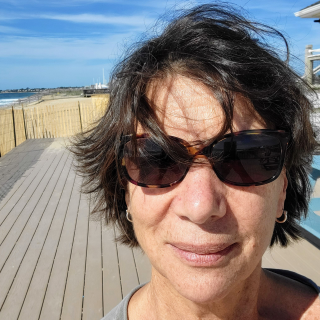 Because your love is greater than life, my lips will glorify you. i will praise you as long as i live -psalm 63: 3-4

a journalism student in Boston